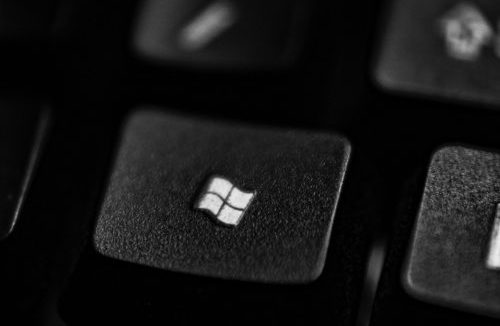 When you hear about Microsoft adding security apps to M365, it’s often the business versions. Hybrid work seems to be here to stay for many businesses. One made up of several connected “mini-offices” located in employee homes.

The outsourcing market has also contributed to the change in company networks. Freelancers are often contracted to work the same hours as employees. This means less overhead and taxes to pay. Approximately 68% of large consumer products companies outsource a part of their workforce.

What we’re getting at is that the need for home devices and network security has never been greater. Company data is now at the mercy of employee devices, situated in homes across the globe.

55% of employees use their own devices and software to work from home.

Microsoft has been at the forefront of this huge shift in the work environment. Its latest release is another example of how it has positioned its products to address new needs.

The latest security offering by Microsoft is not for business plans. It’s for Personal and Family users of Microsoft 365. The company announced Microsoft Defender for Individuals on June 16, 2022. This is a brand-new digital home security tool.

The Basics of Microsoft Defender for Individuals

Microsoft Defender is a new app that Microsoft 365 subscribers can download. Anyone with a Personal or Family plan can access it for no extra cost.

According to Microsoft, there was a main driver for offering Microsoft Defender. It was to protect the digital life of small businesses and families. Small companies will often use consumer Microsoft 365 plans. This is because they are less expensive than the business plans.

This app brings many digital protections together into one dashboard. These include the following.

Most families have several devices connected to their network. This includes computers, tablets, and smartphones. It can be hard to know which are vulnerable before a hacked device infects the others.

Microsoft Defender gives you visibility into the security status of your devices. It does this in a single place. So, you could see if that new phone of Sally’s has antivirus enabled. You can also easily add or remove devices.

The app includes extra protections from online threats. These are in the form of help from antivirus and anti-phishing protection.

You can use it to continually scan devices for threats, both new and existing. You also gain control of scanning customization. For example, you can note certain apps as safe and tell Microsoft Defender what to scan.

Hackers use automation and AI to unleash their attacks and help them spread. This means that it’s often a race against the clock to stop a breach from getting worse.

What Else Should You Know?

Here are a few other important things you should know about using Microsoft Defender for Individuals.

You can download Microsoft Defender for Individuals from Microsoft here. You need to have a Microsoft 365 subscription to either the Personal or Family plan.

What Devices Can Use It?

You can use Defender to secure and monitor the following devices:

How Many Devices Can You Add?

Microsoft Defender allows you to watch the security of many of your home or work devices. The M365 plan you have will dictate how many.

What Are the Key Differences Between the Personal & Family Plans?

Both plans can access the many different Office and other Microsoft applications. The main difference is how many people and devices can use the Microsoft 365 services.

So, if you want to sign up even 2 people, you’re saving quite a bit with the Family plan. Even more, if you have six people total using the service.

What’s the Difference Between Microsoft Security on Windows & Microsoft Defender?

Most Windows users are already familiar with the Microsoft Security app. It comes pre-installed on Windows. Microsoft Defender differs from this app in several ways.

Are you looking to get more from your Microsoft 365 subscription? We can help! Reach out today to schedule a technology consultation with our M365 experts.